T Ball Near Me – Where to play? Tee ball is mostly a summertime sport for children, and being able to find out the places to play T Ball near me might be a good way to spend your free time before summer goes into full swing.

Summertime is the best season of the year for children to dip their toes in something that might interest them. Some parents look into getting their children to try out tee ball. It is a sport that puts children at a low risk of getting injured, and it is designed for children to play.

It is also a way for adults to introduce their children to a world that centers around baseball, with softball coming in at a close second.

It is completely understandable, however, that you might be looking for T-Ball near me, especially if it is your first time researching about the possibilities. They do not advertise their camps as frequently as sports like basketball or soccer.

Luckily, we will dive into looking into where the closest ones are around your city, and hopefully help you create a list of the ones that you can consider your child to be in.

Roseville is a city in California which is called home by roughly around 135,000 individuals, and currently has the second largest shopping center in the northern part of the state. However, when it comes to sports, this is the lesser known one in the list that we have today.

Taking this into consideration, it is more likely that you would not know any place to play T Ball near Roseville, luckily there are some selections that you can actually drive your child to if this is an interest to you, and these are:

This is a local league for children who are interested in playing tee ball that caters only to those who live nearby Roseville, their objective is to develop good sportsmanship, to instill the importance of honesty, the value of discipline, and the effectiveness of working as a team – all to take priority.

Developing your skill as a tee blayer is important, but only comes second to ingraining the values mentioned above.

However, if you want to commit long term there are certain checks that you might have to go through. For example, those who run the Roseville Little League will be asking for proof of address. This is every year for every year that you have expressed interest in letting your child join their league.

Although, an annual check is still going to be done even if you are committed to the league long term.

The Roseville Little League is one of the places where your child can play T Ball near the Roseville area.

If you head over to their website, they normally plan out their activities for the entire year. Unfortunately, they have not yet because COVID struck which has ultimately affected how they play out each season. Luckily, the pandemic has slightly ceased around Roseville as the government has announced that physical contact sport can now resume.

There is still no announcement on their website when their season will start, but it is a matter of time before they will.

New York is well known for two things – sports, and how urban its lifestyle is. The former, most especially, can easily be represented by the New York Knicks, and New York Yankees. If you are huge fan for the latter, then, having your child start T Ball near New York might be something that you should start considering it.

Moreover, you have the advantage of being in New York where little leagues for baseball, softball, and even tee-ball have existed since the 50s.

The Downtown Little League is a place to play T Ball near the New York area that caters to anywhere that can be described that are within the border of the following:

The Downtown Little League has dedicated itself in developing the children who are interested in the sports of baseball, softball, and tee ball, for the younger ones. At the moment, their season is already in full swing since January, and is projected to finish on the 20th of this month.

If you want to catch some of the games before the season ends, especially if you are considering choosing this league for your young one, head over to their website to check their schedules.

Yet another place to play T Ball near New York, the Greenwich Village Little League was initially founded by a parent from the locality. Her goal was to give children in their locale a chance to play both baseball and softball.

Since then, the Greenwich Village Little League has grown to an extent that the number of children that joined them reached nearly 900 children, boys and girls, that had to play in 65 teams.

In spite of this, the Greenwich Village Little League is not just a place where you can play T Ball near New York, yet it continues to still be run by volunteers. In fact, from the top down that includes:

Everyone mentioned above will be responsible for keeping an eye on the the sponsorships, marketing the league, equipment, permits, and setting up the schedule for T Ball near the New York area.

The Peter Stuyvesant Little League has been around for 61 years, and it has served more than 700 children since its establishment.

According to their guidelines, you can only join and play T Ball New York under their banner, if you live in the following areas:

Peter Stuyvesant promises that it does not leave their players behind. In spite of their main season that only starts during spring time, they can continue to work with the players throughout the year if they are interested in developing their skills, even in the off season.

A little league where it offers the chance to play T Ball near New York. The Whiteside Little League has become a mainstay on the Upper West Side of the city.

This gives children the opportunity to play with the Hudson River in the background at Riverside Park. However, your child will only be eligible if you can provide proof that you live between the 59th and 120th streets sof Manahattan. The same can be told for those who lives between Central Park West and Riverside Drive.

Like many other places that plays T Ball near New York, the Challenger’s League in the West Side Little League are for children who has a disability knowing full well they have the same right to the fun as those who do not have any disability.

Los Angeles is another city that is known for its iconic sports teams. That is why it should not come as a surprise that there are leagues that allow cultivates the play of T Ball near Los Angeles.

Culver City Little League has been propagating children and allowing play of T Ball near the Los Angeles since 1957. They were established for this reason alone.

The Culver City LL, while working under the umbrella of Little League International, caters to no more than 500 children per season. It is their way of being able to focus on the development of every child that has put their faith in their program.

What’s good about their programs is how they tie in some of their tee ball programs to later progress directly into their softball teams, especially for the girls. It is a convenient way for the children to feel the progression of their skills which is a huge confidence booster.

Remember, confidence is important especially for children who are playing T Ball near Los Angeles. The competition is fierce in the city, and having the confidence might just be the edge your players will need.

Unlike most of the leagues in this list, West Los Angeles Little League does not have a season for tee ball tournaments. However, they do bring up highly coveted training sessions for those who are interested in developing their skills outside their usual league time.

In spite of Houston being known mostly in sports for the play of the Houston Rockets, there are other sports teams that can represent the city. However, if that is not enough, as most do, then, maybe knowing where to play T Ball near Houston might spark interest, not only for the children but for the city’s baseball and softball possibilities.

Another way to enjoy T Ball near Houston is to allow children to enroll in a program that aims to develop their skills rather than just let them join tournaments and leagues. This is essentially what the Lil Sluggers Baseball Program promises with the vision of hopefully transition them into baseball, or at least, to softball.

What it distinct from the rest that is on this list is how they make sure that the student to coach ration is at six to one. This way, coaches will be able to spend more time working with each student. By doing so, each coach will have the time to pick out every detail in the player’s form and correct them accordingly.

Unlike the many programs around the country, this gives a more focused program without the distraction of performing well in a league.

In addition, by having such ratios, there will be less distraction for the player.

Chicago is the home of one of the most iconic sports teams in the world. Not only for what they did for the sport, but how the player trascended even the sport that he was directly involved in. Unfortunately, other than that, there is nothing much to say about the city of Chicago sports-wise.

However, since sports is always about looking forward, maybe knowing where to play T Ball near Chicago can inject life into the world of baseball in the city.

Knowing where this sparkplug can start is vital, however.

Established in 1955, this little league where T Ball can be played near Chicago has kept a roster of more than 400 players since its formation. It is widely considered to be the most successful program in the city of Chicago as evidenced by its many alumni eventually getting a career in the highest level of professional baseball.

In fact, it has also won several titles and prizes over the years.

What makes it unique, however, is not how its success over all the other places where T Ball near Chicago can be played is how they also provide sponsorships to families who are in need showing that they are not just an institution. They are truly and well part of the community that they have built in the city of Chicago.

Tee ball, and knowing where to play T Ball near me is not just an opportunity for your child to become better, it is a way to build a community because it is the competition that draws people towards it, but it is the community that was built that makes families stay. 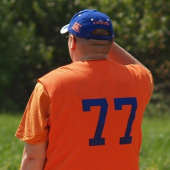 Best Sports Movies for Kids of All Time